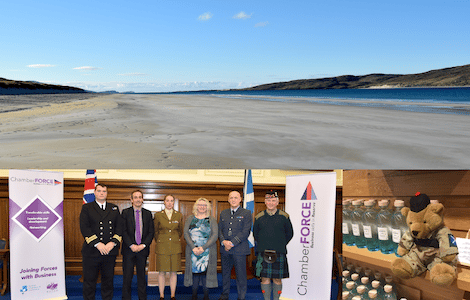 This is the final Blog post of 2018 as, like Wise Men following the Star, the roving Highland REEDs near the end of their travels with rest in sight.

It has been a very busy final few weeks of the year with a trip to Aberdeen up first to witness the signing of a new Armed Forces Covenant with Aberdeen City Council in the sumptuous surroundings of the City Chambers. Signed off by Provost Barney Crockett, this version has to be one of the most comprehensive Covenants written and reflects a huge commitment by the City Council to further develop their support for our Armed Forces.

From Aberdeen it was Westward Ho’ to the islands of Lewis and Harris, for more AFC signings under the watchful eye of Captain Malcolm Dalzel-Job, whose boundless enthusiasm and hard work has resulted in a staggering 10 AFCs being signed in Stornoway alone. Incredible for a town so far from the mainland and only three square miles in size, and a great example of a community which is very positive about its Reservists. 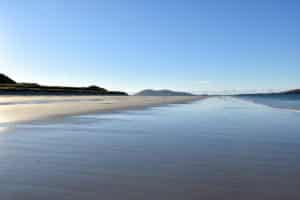 Michelle’s bucket list is a little shorter after her visit to the stunning beach at Luskentyre. 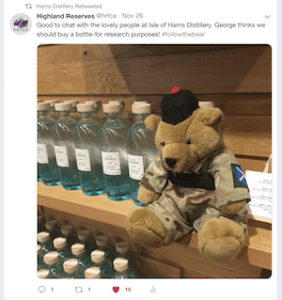 While on the islands, I managed to tick one thing off my bucket list by visiting the stunningly beautiful beach at Luskentyre for a chance to re-charge the batteries and just… breathe. Having the entire beach to myself provided a rare moment of calm but with the winter sun already setting in the early afternoon, it was back in the car and a visit to the Isle of Harris Gin Distillery (I can’t tell you how tough this job is!) to talk employer engagement. My travelling companion Sgt Major George enjoyed this visit too and his appearance later on the distillery’s Twitter feed (right). 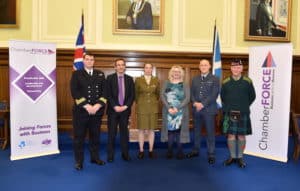 The launch at Dundee City Chambers.

Back in Dundee we were all delighted to launch our new initiative Chambers of Commerce along with five of our Chambers and their new military “buddies”. Huge thank you to Gold ERS holders Dundee City Council for hosting the launch, and then later to Scottish Chambers of Commerce for hosting us all at their Annual Dinner. We are very much looking forward to working collaboratively on this with lots of great events planned for 2019. 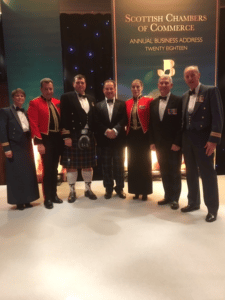 Everyone was looking very smart at the Scottish Chambers Annual Business Address.

And so 2018 winds to a close, with so many memories of a successful year. Gun Salutes, Executive and Mini-Stretches, Stirling Military Show, Gold and Silver Award winners (and dinners), thousands of miles covered by road, sea and air, and an amazing 100% increase in the number of Armed Forces Covenants signed in Highland this year.

As for us, Ellie has joined the Comms team, Roy has joined us as REED2 and George has joined the Employer Engagement team. Ally has run a half marathon, Michelle completed the Frontline Walk and Dai has a new mug with a Pangolin on it so he’s happy! Our AOs Sharon and Angie have kept all of this on track somehow and we are all looking forward to an even more successful 2019. A heartfelt thankyou to all of our employers, military colleagues and partners who make all of this possible.

From all at HRFCA, we wish you a very merry Christmas and Armed Forces friendly New Year!