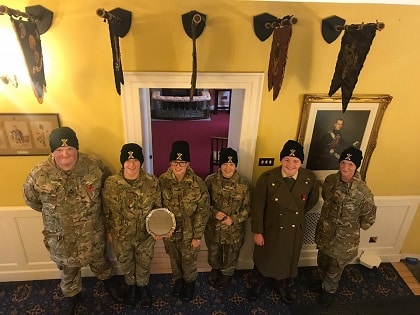 Cadet Tamzin Gordon (16) and Cadet Will Nicol (15)  from 1st Battalion The Highlander’s represented the Battalion in the annual Alban Sodger research project at Edinburgh Castle. 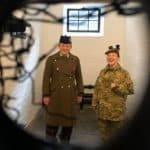 The project ran as part of the centenary of the First World War. It aimed to encourage Army Cadet Detachments across Scotland to research the impact of the War on individuals who served in the forces and on the local communities those individuals came from. 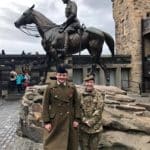 Cdt Will Nicol and Cd Tamzin wiat for the judges to make their decision.

In Edinburgh the cadets delivered their presentations to a panel of experts for judging, which saw Cadet Will Nicol present in a period First World War uniform. The cadets received a tour of the castle as well as witnessing the firing of the 1 O’clock Gun. After the gun was fired the winners were announced, with the Ardersier team finishing a close second to overall winners Glasgow & Lanarkshire Army Cadet Force.

The cadet’s presentation was put together by all of the cadets of the Ardersier and a preview was given to parents and invited guests the week before the competition.

1st Battalion the Highlanders ACF is a youth organisation which provides challenging adventure, sporting and community activities aiming to inspire young people to achieve success in live while having fun at the same time. Ardersier Detachment meet every Wednesday evening at the Cadet Centre on Ardersier High Street between 1900-2115 hours.