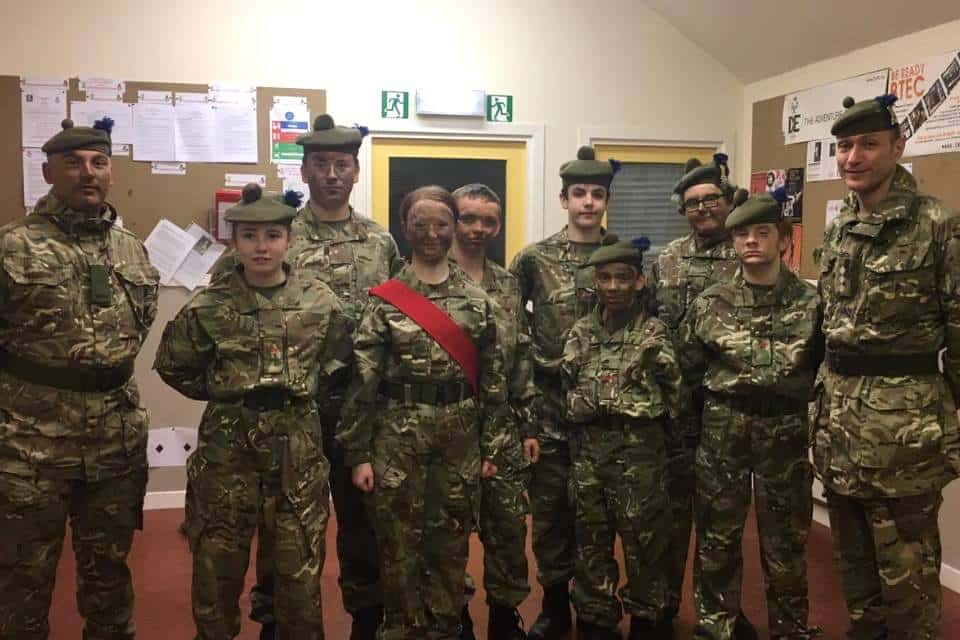 Cadets from 1st Battalion the Highlanders received visits from their sponsor unit – The Highlanders, 4th Battalion, The Royal Regiment of Scotland (4SCOTS) – who gave them a taste of life within the regiment.

Members of 4SCOTS made five separate visits to the Battalion in February. The first was to the Battalion’s Inverness Company Training Weekend for the company’s Basic and 1 Star cadets, the second visit was to Ardersier, Tain and Portree Detachments, with the final visit to Alness Detachment at the end of the month.

During each visit the soldiers showed the cadets some of the new Virtus equipment that the regiment uses on operations. Virtus is one of the most advanced integrated body armour, helmet and load carriage systems in the world.

The soldiers also ran through a series of Command Tasks for the cadets, to help them build on their leadership and problem-solving skills.

The visits from Catterick-based 4SCOTS were designed to give an insight into what the Army (and specifically, The Royal Regiment of Scotland) has to offer for those cadets who may be interested in a career in the Armed Forces in the future. PSI Agate was happy to complete the obstacle course during 4SCOTS visit to Tain Detachment. Cadets from Culloden also visited Ardersier for some command tasks. Alness Detachment use their problem-solving skills.