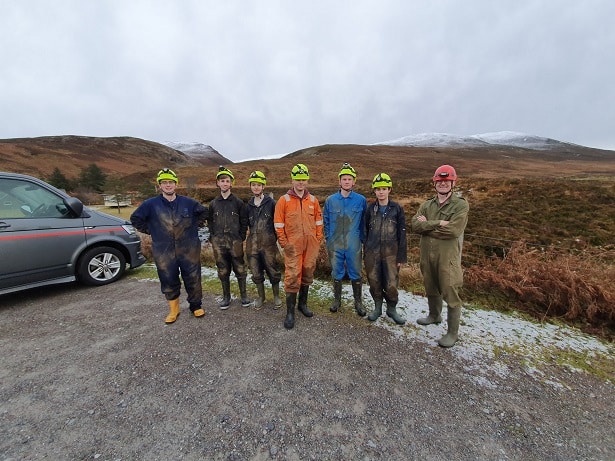 A team of cadets from Harris and Lewis recently took part in underground exploring near Inchnadamph.

The team took the first ferry off the island on Saturday morning. Upon arrival to Ullapool the cadets trekked 2.5km up a remote Scottish glen which brought them to the cave’s entrance. The expedition was led by the Battalion’s Adventure Training Officer, a qualified and very experienced caver.

Caving is a combination of walking, climbing, crawling, wriggling, sliding, wedging, pulling, pushing – essentially ‘moving around’ and navigating in a series of natural tunnels and caverns, some of which are extremely small and narrow. The cadets spent four hours underground learning how to move around and navigate in the cave system, exploring different tunnels and caverns and going boldly where very few people have ever gone before.

SI MacLeod highlighted the only difficult part of the day; “One particular challenging part of the trip was a section near the end where after a short crawl and crouch up a small stream, we then had to climb a short vertical section about 5m straight up.”

All Cadets returned safely to the surface after an exhilarating experience.