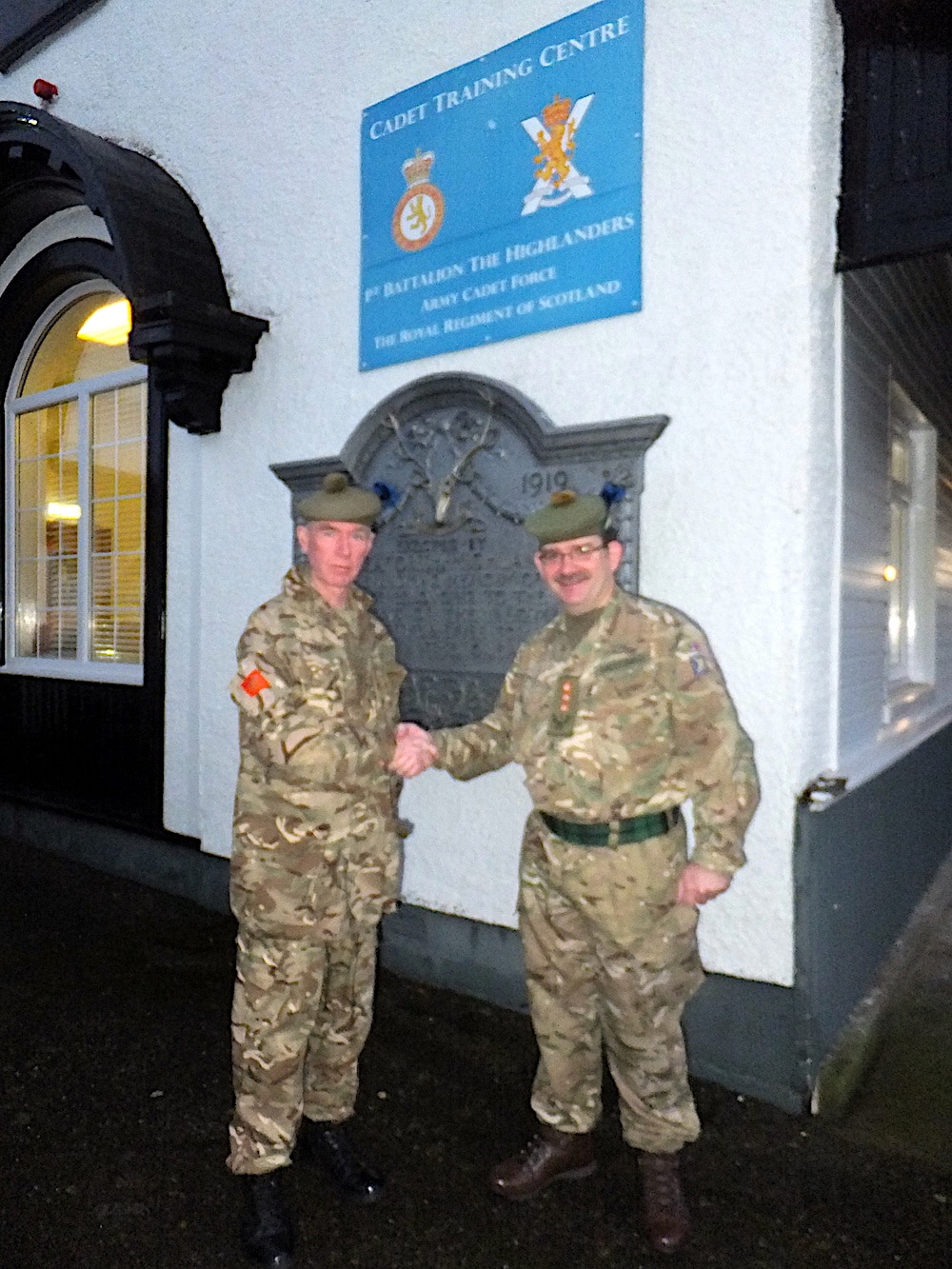 1st Battalion the Highlanders has appointed Colonel Mike MacDonald (56) as the new Commandant of its Battalion, which covers the Highlands, Moray, Western Isles, Orkney and Shetland.

Col MacDonald has been a well-known face within the Battalion for years. Mike, who lives locally in Inverness, has been an Adult with the Highland unit since 1981, this not including his time as a cadet with Ardersier Detachment, starting his cadet career in 1976.

Mike, who is also currently the Head of IT at the University of the Highlands & Islands, has held several key appointments during his time with the Battalion including, Detachment Commander, Company Commander, Training Officer, Vocational Qualifications Officer and Public Relations Officer. Prior to his appointment as the Battalion’s Commandant he was the unit’s Deputy Commandant Adults, responsible for the training of the organisation’s 130 dedicated adult volunteers to ensure that they are able to train and look after the young people from the Highland & Islands who join the 160 year old organisation.

Col MacDonald (pictured, above right) takes over the role of Commandant from Col Iain Cassidy, who had held the position since 2014, and officially took over during a recent Adult Training weekend at the Battalion’s Cadet Training Centre in Dingwall.