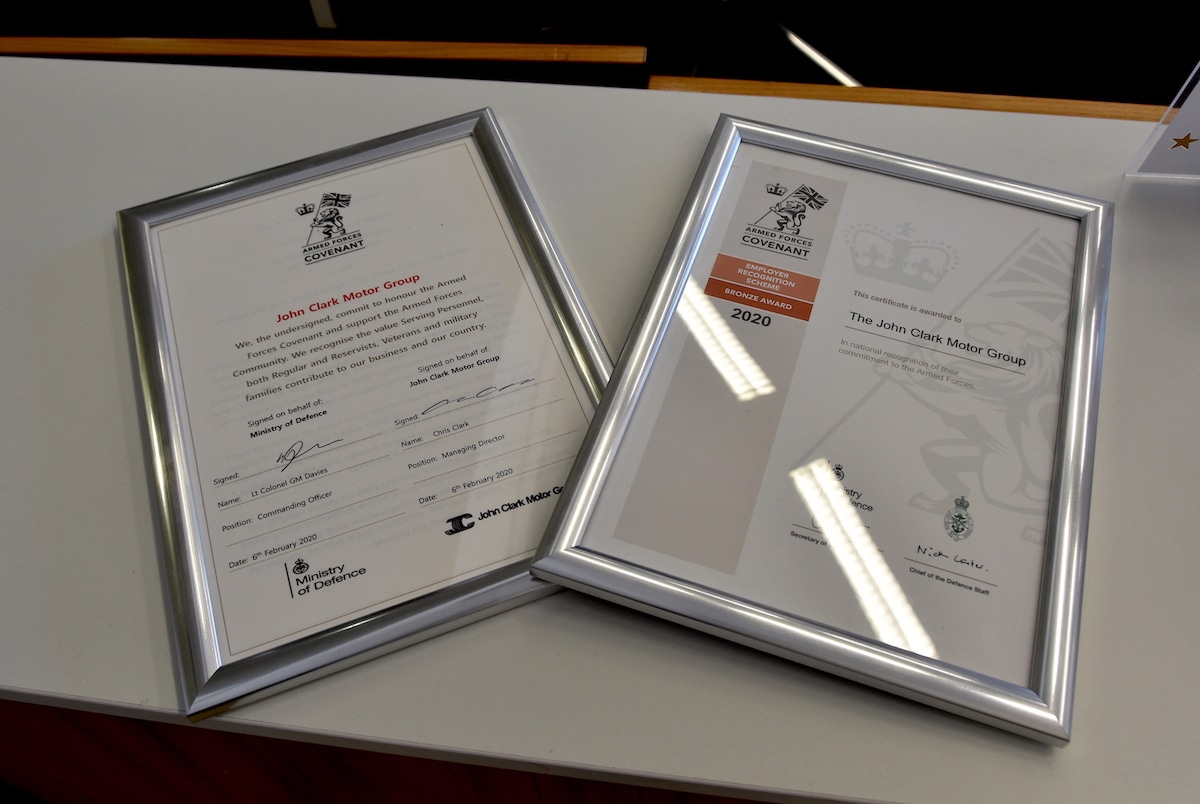 John Clark Motor Group has become the latest organisation to sign the UK Armed Forces Covenant, a commitment to support the country’s servicemen and women wherever and however it can, ensuring no member of the Armed Forces should suffer a disadvantage because of their service.

The Group joins more than 4,500 UK organisations to have now signed the Covenant.

Managing Director Chris Clark signed the document at the firm’s HQ in Aberdeen. The document was co-signed on behalf of the Ministry of Defence (MoD) by Lieutenant Colonel Geraint Davies, Commanding Officer of Aberdeen Universities Officers’ Training Corps. John Clark’s commitment to honouring the Covenant includes pledges to:

As well as signing the Covenant, John Clark Motor Group received the ERS Bronze Award. The ERS awards encourage employers to support defence and inspire others to do the same. The prestigious Bronze, Silver and Gold awards are for employer organisations that pledge, demonstrate or advocate support to defence and the Armed Forces community, and align their values with the Armed Forces Covenant.

The Covenant signing was organised by Highland Reserve Forces’ and Cadets’ Association and attended – along with the signatories – by the organisation’s Regional Employer Engagement Director Roy McLellan.