You are here: Home > Public News > Major milestone for Dan
◄Back to News 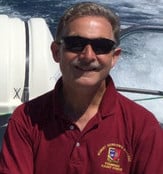 Wing Commander Dan Montgomery has celebrated the 25th anniversary of his being granted Her Majesty’s Commission in the RAF Volunteer Reserve (Training) branch.

He commissioned in 1994 following completion of the Initial Officers’ Training course.

Dan is the Head of University Guidance at Robert Gordon’s College in Aberdeen. He has also – since 1997 – been the Officer Commanding of the College’s Combined Cadet Force (CCF) unit.

Dan’s CCF responsibilities include overseeing all activities of the staff and the more than 100 cadets in the contingent, comprising the Army Section, RAF Section and Pipe Band.

Dan has been overwhelmed by goodwill messages from former CCF cadets in recognition of his quarter century milestone.

Dan, who has helped so many young people over the years, is modest about his achievement and says all Cadet Force Adult Volunteers should be recognised for the tremendous job they do.

He added: “It’s been absolutely humbling to hear how much the CCF meant to so many.”

Dan is also a trustee of the UK CCF Association and a member of the Directing Staff for the Air Cadet Leadership Course at RAF Cranwell.

He was also instrumental in Robert Gordon’s College signing the Armed Forces Covenant in 2016. The Covenant is a promise by the nation that those who serve or who have served in the armed forces, and their families, are treated with fairness and respect in the communities, economy and society they serve.

Congratulations to Dan on reaching this milestone and thanks from all at Highland RFCA for the huge amount of hard work he does as a Cadet Force Adult Volunteer.

To find out more about becoming a CCF volunteer, click HERE.