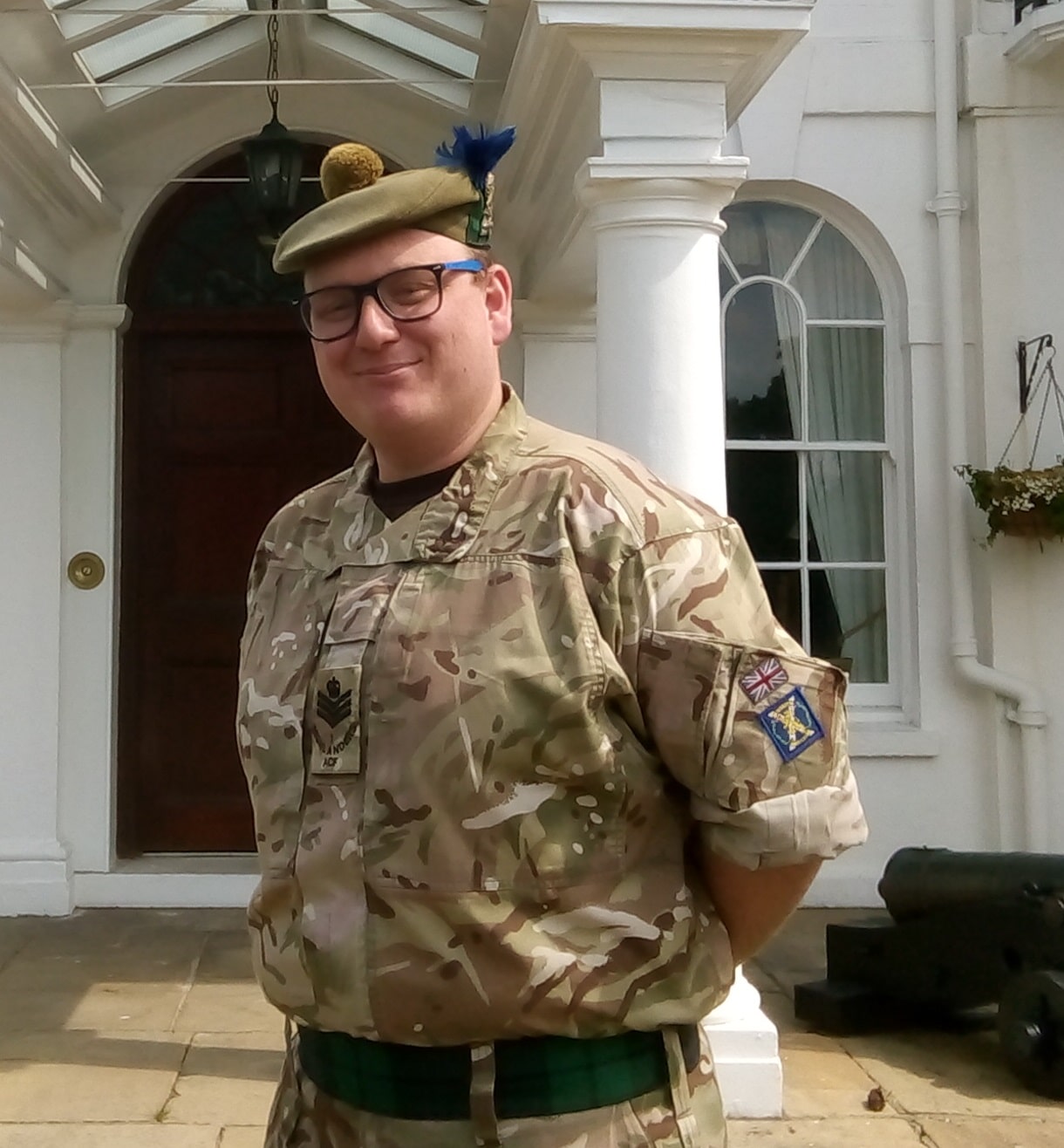 Tell us about being a Cadet Force Adult Volunteer. When and where did it all start, what’s your current role, and what made you want to get involved?

“I was already a cadet with the ACF, joining when I was 12 and was aware of the CFAV role. When I was approaching the end of my time as a cadet I decided that I wanted to give back to the organisation that helped me so much as a young person. It had helped build on my confidence and provided me with a lot of opportunities, which I wanted to pass onto the next generation of young people. So I immediately rejoined in January 2011 after finishing my cadet career in December 2010, where I started with Forres Detachment.”

What’s the best part of being a CFAV?

“Knowing that we are making a difference in young people’s lives and trying to make them become better citizens in later life, either in the workplace or even back as an Adult Volunteer.”

Where has the ACF taken you?

“As a member of the ACF I have been abroad three times on Battlefield Tours of France and Belgium. I have also been privileged to travel to Wales for the Rourke’s Drift Concert with our Pipes & Drums.”

Tell us about some of the people you have met along the way?

“As a cadet I once met Ewan McGregor at a Cadet and the Community Event. But as a CFAV I met Prince Edward who was at my Gold DofE Award Presentation. Later that year I was invited to Westminster Abbey to mark the 60th Anniversary of the DofE, which was attended by Her Majesty The Queen and The Duke of Edinburgh, as well as lots of celebrities. I was two rows behind the actors that play Fred and George Weasley – although was slightly disappointed they were not ginger in real life!”

Tell us about your proudest moment or achievement as a CFAV?

“It was last year when we held a detachment presentation evening, with our cadets speaking about their achievements. They planned the whole evening and, of course, had the confidence to speak to their families and invited guests. I very was proud of them.”

Tell us about your day job?

“I work as a Business Support Assistant with Moray Council, within one of their key frontline services.”

What skills have you gained as a CFAV that enhance your civilian role?

“During my time as a CFAV I have massively improved my IT skills, which in turn has helped me with my degree and my job, which is IT based. As a Detachment Commander it has also helped me with my one-to-one communication skills in settings such as interviews.”

Being a CFAV requires a big time commitment. How do you juggle the demands of family life, work and cadets?

“Like everything it is all about time management, if you have a good work/life balance you should be ok. Granted there are some days where you might be doing a lot of cadet work, but it is also about delegating to fellow adult staff who can help you.”

What would you tell a young person who was interested in becoming a cadet?

“My advice would be to try it out, as there will always be a role for someone within the Army Cadets – you don’t have to take the uniform – there are roles for everyone. I believe there is a saying that goes “don’t find a role for the volunteer, find the volunteer for the role”. Being a member of the Army Cadets is like an extended family and I know I have good friends within that family I can talk to when I need to either for advice, support or just a general chat.”

Following on from that, what would you tell an adult who was considering becoming a CFAV?

Could you sum up being a CFAV in a few words?

“You only get out what you put in.”

And, finally, how have you adapted to life in lockdown?

“With the current suspension of training our Battalion has moved to Online training, with weekly Zoom Lessons for each Star Level. A lot of the PR work is internal at the moment, helping our adults keep their cadets engaged with lessons and other engaging content, such as quizzes or challenges.”