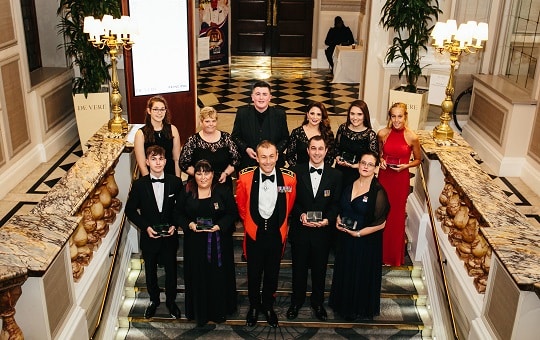 A Piper from the Highlands has been given national recognition for his dedication to Cadet Piping & Drumming at the annual Army Cadet Force Association Dinner on Saturday 18th November at the De Vere Grand Connaught Rooms in Covent Garden, London.

The award aims to recognise the hard work and outstanding contributions cadets and adults made to the Army Cadets across five different categories; Bands & Corps of Drums, Duke of Edinburgh, First Aid, Piping & Drumming and Sport. 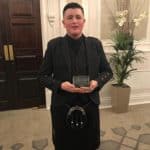 Cpl Hasson with his BAE Award in Piping & Drumming.

Cpl Hasson has been an active Piper within the Battalion’s Pipes & Drums since he joined the Cadet Force in 2014 and throughout his time he has played at almost every engagement that the band has been involved in, from the Highland Military Tattoo to Armed Forces Day. He is also an active member of the Army Cadet Force Pipes & Drums, where he has performed at Edinburgh Castle, the Rorkes Drift Concert in Wales and even the Horseguards Parade in London.

Alan was presented his award by Major General Duncan Capps CBE, Commanding Officer Regional Command. Alan was also given an all-expenses paid trip to London for him and one guest, as well as an invite to attend the ACFA Dinner to be presented with his award.

1st Battalion the Highlanders ACF is a youth organisation which provides challenging adventure, sporting and community activities aiming to inspire young people to achieve success in live while having fun at the same time. Pipes & Drums Detachment meet every Thursday evening at the Cadet Centre on Keppoch Road in Culloden from 1900-2115 hours.