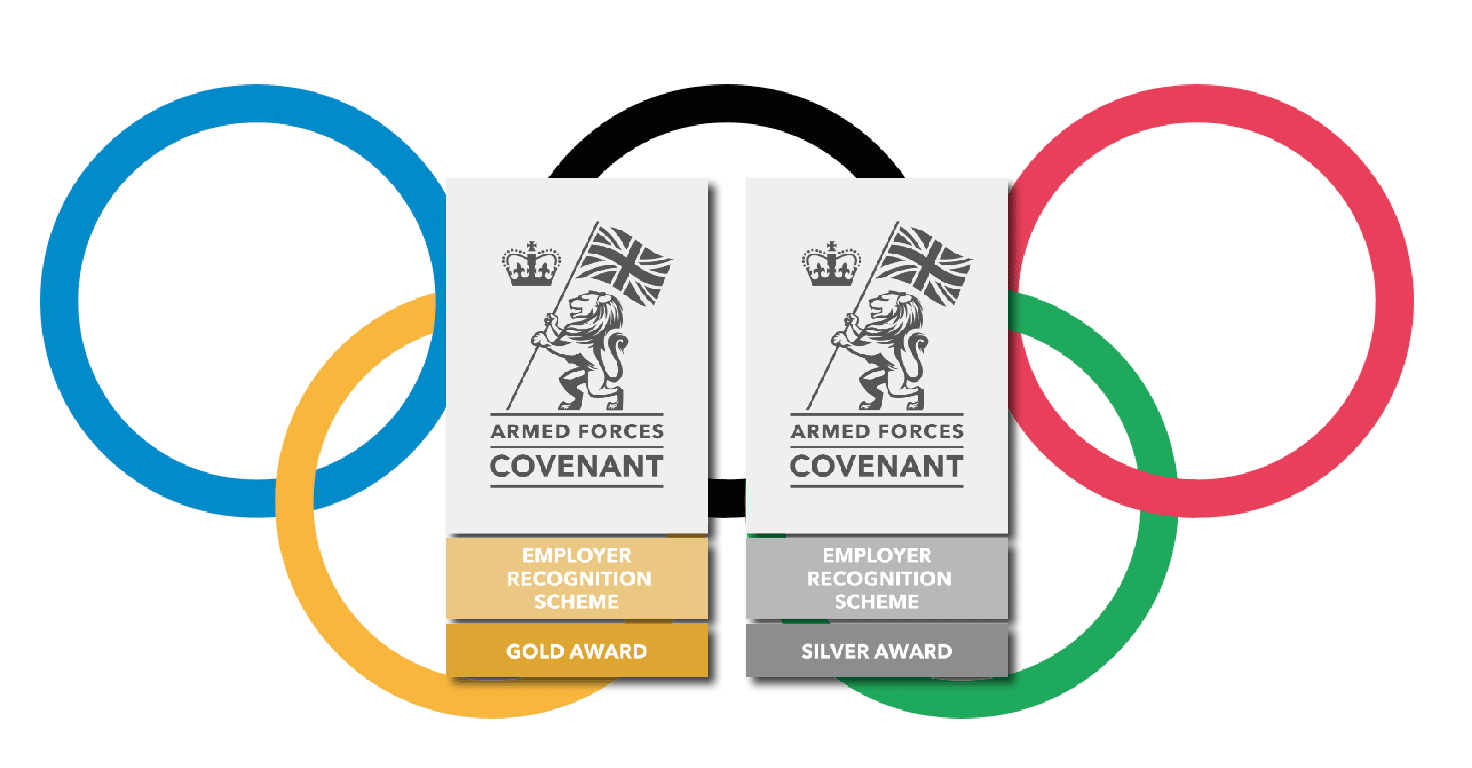 While many of us are glued to the Olympic Games in Tokyo and cheering on Team GB, there have been Gold and Silver awards closer to home for the HRFCA ChamberFORCE project.

In the annual Employer Recognition Scheme Awards (ERS), delivered by the Ministry of Defence (MOD) to supportive employers, two of the four founding members of ChamberFORCE picked up  coveted Silver and Gold Awards in 2021.

It was a Silver revalidation for Moray Chamber, recognising their long-standing commitment to the Armed Forces over the last five years. Silver Awards winners must demonstrate consistent positive behaviour towards Reservists, Veterans, Cadets and Military spouses, and Moray Chamber first achieved their Silver in 2016. The Silver Awards are revalidated every five years with all criteria continuing to be met, so well done to Moray on their “second” Silver. ChamberFORCE Co-founders Dundee and Angus Chamber, and Dumbarton Chamber also hold Silver status with revalidations ahead in the near future.

The remaining ChamberFORCE member is Fife Chamber, and we are delighted to congratulate them on achieving ERS Gold status, one of only two Chambers in the UK to be awarded Gold this year (with the other in Birmingham), and one of only four Chambers across the UK to have now reached this level.

The Gold Award requires winners to be strong advocates for Defence, and Fife CE Alan Mitchell could not be prouder of his team and the efforts they consistently put in to promote the benefits of employing ex-forces personnel and Reservists. It was typical of Alan that his comments on hearing the news that Fife Chamber had won a Gold that he was “gobsmacked and tickled pink!”

He added: “It feels great to have our efforts recognised and we will display our Gold Award with pride. We will continue to do everything we can to support the Armed Forces and we encourage every business in Fife to do the same. The business benefits are huge: a proud workforce and a better workforce from utilising the world-class training and skills that Armed Forces personnel bring into the commercial world when they finish their military service.”

Head of Engagement at HRFCA Michelle McKearnon said: “We are all delighted for Fife Chamber at receiving a Gold ERS award, it is very well deserved for their work both as part of ChamberFORCE and in their own right. Alan is a huge supporter and ally and we are all thrilled that his leadership has been recognised.

“The ChamberFORCE project now has three Silver and one Gold Award winning Chambers as the driving force, and we are excited to be planning some great events for Chamber members in 2022. The project continues to go from strength to strength and we are very grateful for the work being done by these wonderful organisations.”