You are here: Home > Public News > Take one… Action!
◄Back to News 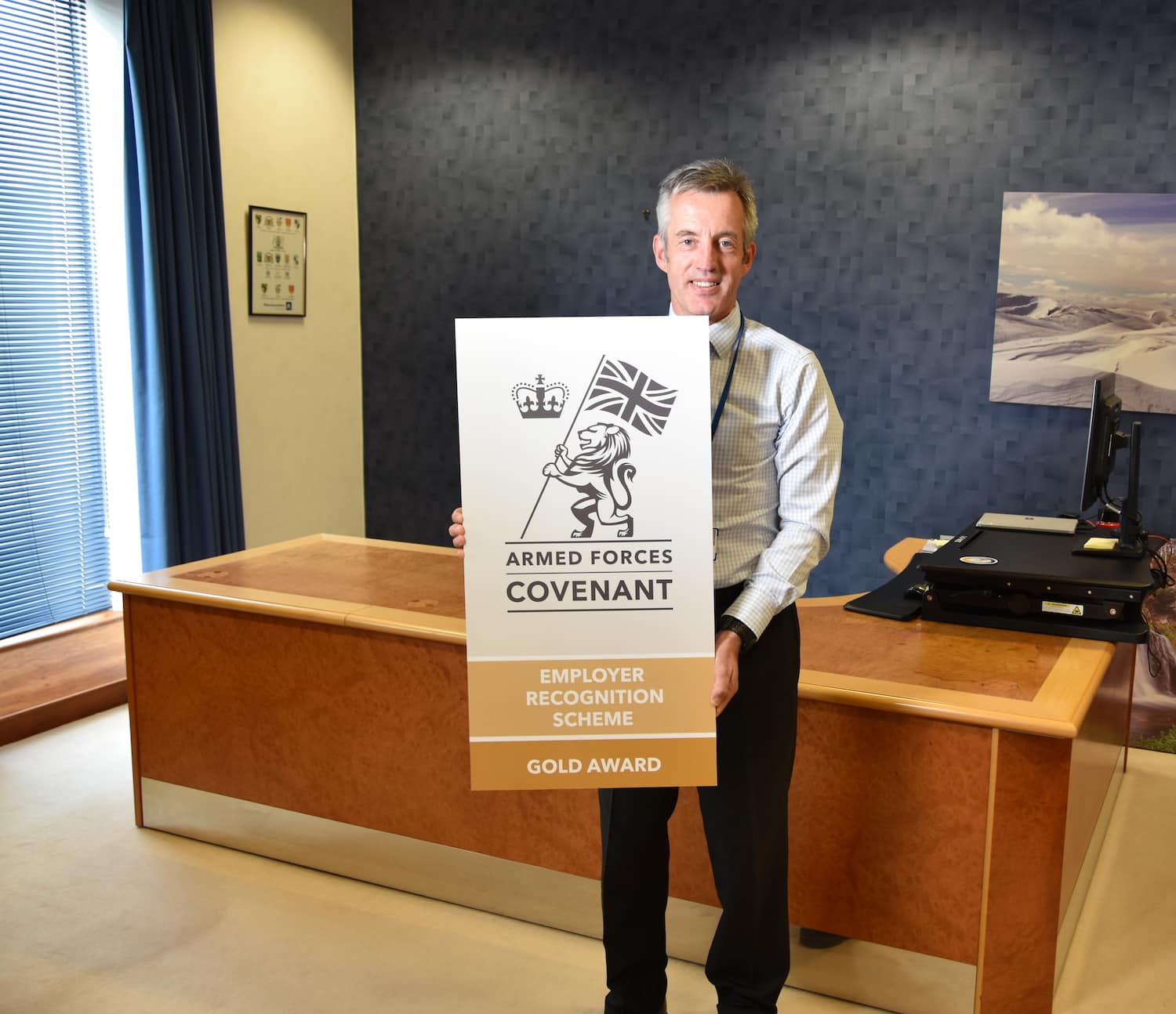 Employer Recognition Scheme Gold Award winners, Aberdeenshire Council, got ready for a close-up after being asked to take part in a national campaign.

The Council is one of six organisations in the Highland RFCA area to have won an Employer Recognition Scheme (ERS) Gold Award in 2019. As one of the largest organisations to be awarded the honour, the council was selected as a Case Study showcasing best practice.

The Comms team headed to Aberdeen with local videographer Dylan, to film employees and Reservists in order to get an employer perspective on what winning a Gold Award means to them. The video captures the pride of the Council staff at winning such a prestigious award from the Ministry of Defence. After a quick tour of their building we spoke to the Deputy Provost of Aberdeenshire, Councillor Ron McKail, about his additional role as Armed Forces Champion and just how important it is to be an Armed Forces-friendly council.

Following this, we had the opportunity to interview Pipe Major Michael Laing, a Reservist at Aberdeen UOTC and an Engineer for Aberdeenshire Council. Michael spoke about how important it was to have the support of your employer in order to excel both in his military and civilian roles. He hopes they can encourage more organisations to pledge their support by signing the Armed Forces Covenant. Before getting some shots of the day-to-day running of the Council we finished by speaking to Chief Executive, Jim Savege. Jim spoke about how proud he is of the Council receiving a Gold Award, how they have pledged their support and how they hope to advocate for Defence in the future.

We would like to thank everyone at Aberdeenshire Council for their time and for their continued support towards the Armed Forces Community. Head of HR Glenda Gray is proud to be an ERS Gold Award winner.

If you are interested in finding out more about signing the Armed Forces Covenant please email one of our Regional Employer Engagement Directors on: