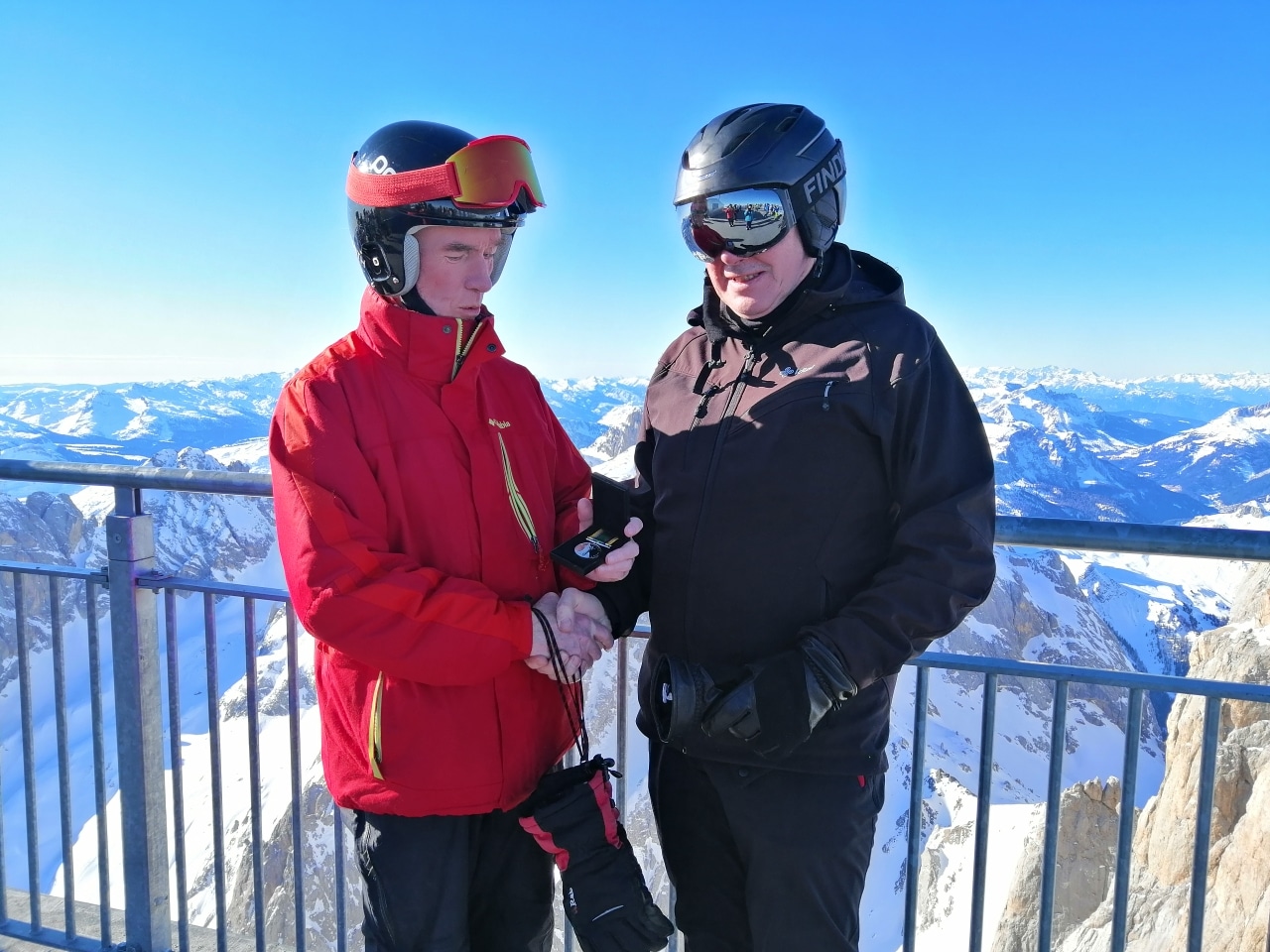 An adult volunteer from the Western Isles has been recognised for his long service to the young people of the islands.

Captain Tim Martin (66), from 1st Battalion the Highlander’s Harris Detachment, was awarded the Cadet Force Medal, which marks 12 years of service to the Cadet Force.

A keen hillwalker, he is often seen with the Battalion’s Expedition Team at Annual Camp leading the cadets out on the hills to help complete the Expedition and Navigation sections of their cadet syllabus.

Capt Martin received it at a height of 3240 metres during a ski trip to the Dolomites from Battalion Commandant Colonel Iain Cassidy, who was also skiing in the area.