You are here: Home > Public News > UK Defence in Numbers
◄Back to News 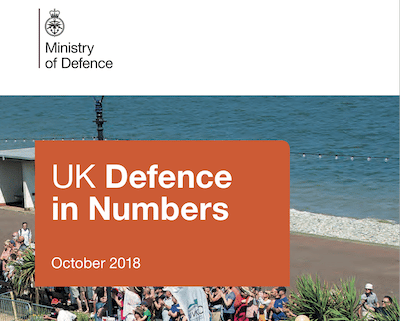 The annual UK Defence in Numbers report has been published by the Ministry of Defence.

The report provides figures from a wide range of published official statistics and other releases, as well as numbers published for the first time.

It makes extensive use of infographics to depict the statistical story of our nation’s global activity.

It shows our Armed Forces personnel are busy throughout the world, ably supported by civilians and contractors.

Defence in Numbers tells another story too: how UK prosperity is underpinned by security. The figures show the success of the British Defence industry. Britain’s manufacturing prowess has made the nation the second largest defence exporter in the world, on a rolling 10-year basis. These companies are securing the livelihoods of hundreds of thousands of people across the UK.