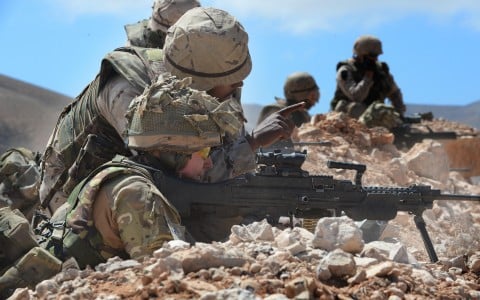 To join the Army Reserve you should be physically fit, aged between 17 and 31(or older if you have previous military experience, specialist skills or certain professional qualifications).  If you think that may qualify it is worth finding out if you are eligible.  You should be able to spend one evening a week, one weekend each month and two weeks a year to train or undertake courses.  As a soldier or officer in the Army Reserve you can:

As with your Regular counterparts, in order to join the Army Reserve you should have been a citizen of the United Kingdom, Commonwealth or the Republic of Ireland at all times since birth and should normally have lived in the United Kingdom for at least five years, preferably immediately prior to your application.

You can arrange a visit to your local Army Reserve Centre to see exactly what it’s like, ask as many questions as you want and decide if the Army Reserve is for you.

Or you can visit the Army Jobs website for more information.