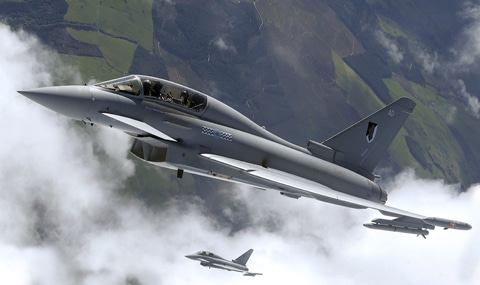 Royal Air Force (RAF) Reserves support the Royal Air Force in defending the UK and its interests, strengthening international peace and stability and acting as a force for good in the world. RAF Reservists are deployed with the Regular Air Force and help to support operations and in recent years have played a key part in past operations all around the world. RAF Reserves train and work alongside their Regular counterparts in their spare time. Reserves train to the same high standards as Regular personnel and perform a crucial role within the organisation. Working around their day job, using their weekends, they gain transferable skills and a rewarding lifestyle that offers the best of both worlds. As well as increasing their self-confidence, Reservists get to meet people from a wide range of backgrounds and enjoy adventurous training opportunities, sometimes abroad.

Like Regular RAF personnel, Reserves can be mobilised on expeditionary operations at some time during each 12-year contract. They can be deployed to a UK, overseas or temporary base for up to six months, plus another six months for pre-deployment training and post-deployment rest and recuperation with their family and friends. During deployments Reservists could be travelling with their unit, filling in for another member of the RAF or working alongside Regulars and Reserves from the other Services. They might also be part of a small team dedicated to a particular job or a large disaster relief mission.

The RAF Reserve enjoys an impressive reputation for retaining its volunteers, partly a result of the satisfaction gained from fulfilling varied, challenging and exciting roles, and partly because of the active social life enjoyed by Squadron members, as well as the chance to take part in adventurous training. RAF Reserves are also paid for their training (pay is dependent on rank and role) and there is a tax-free bounty for those who fulfil their training commitments which is currently £444 a year in your first year rising to £1759 after 5 years.

To join the RAF Reserve you must be aged between 19 and 54 (or up to 56 with previous military experience), be a citizen of the UK or Commonwealth and have lived in the UK for at least five years. Reserves commit a minimum of 27 days per year on a renewable 12 year basis. Each year includes a two-week (15 day) block to gain more experience with the RAF, and at least 12 weekend or holiday days for training that usually takes place at the Squadron. While Reservists may get the opportunity to train overseas as part of their annual 15-day training block, most of your time will be spent on a nearby RAF base, or station. Each of these has its own role, from front-line operational flying stations to training establishments. Most RAF Reserve units train only at weekends and do not have a midweek training evening.

To find out more about the RAF Reserve and to apply to join click here.