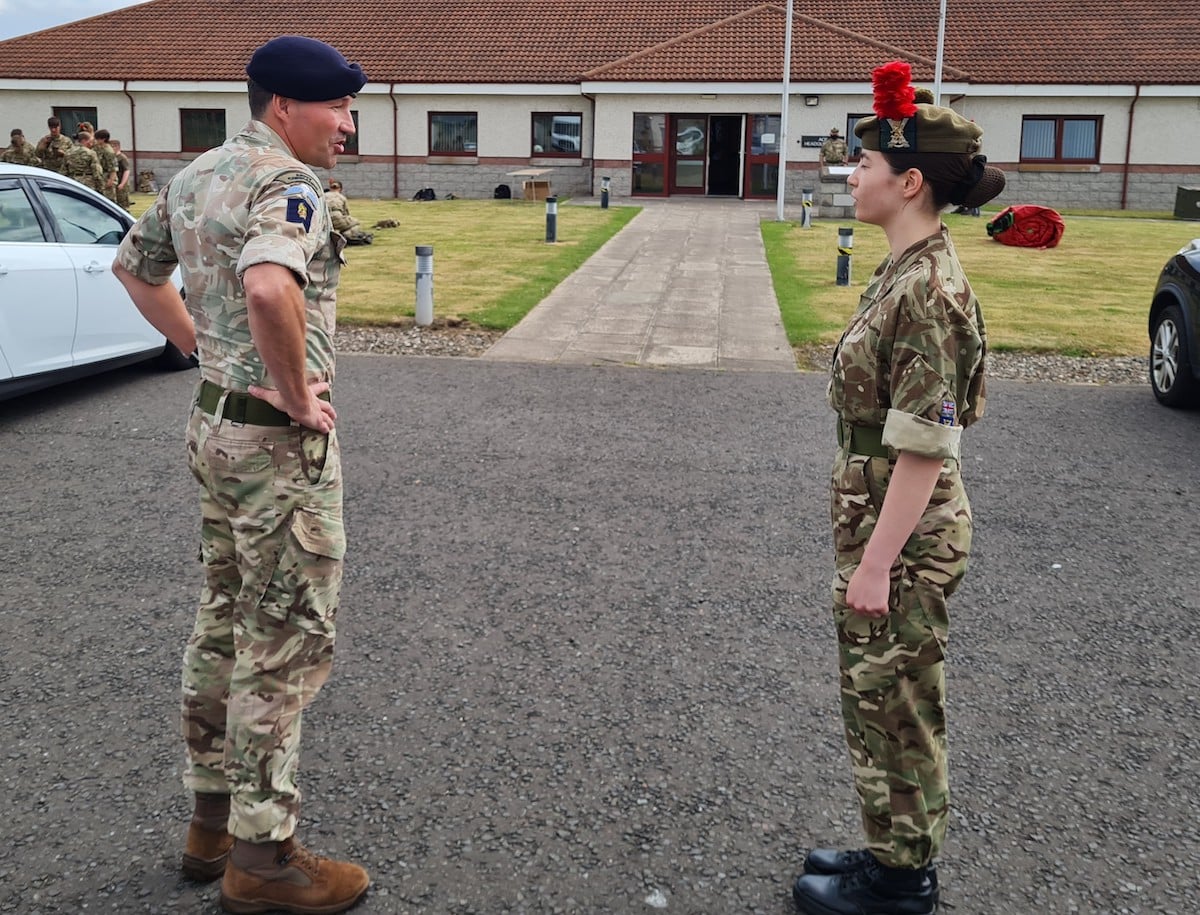 He is the highest ranked officer to visit Angus and Dundee Battalion in nearly 20 years.

He also met and was chaperoned by 16-year-old Cadet LCpl Hannah Haggerty (pictured in main image, top). LCpl Haggerty is part of the Battalion’s Monifieth Detachment.

Many of the cadets were enjoying their first opportunity for face-to-face training during their non-residential summer camp.

Maj Gen Eastman had visited cadets from 2nd Battalion the Highlanders ACF at Gordon Barracks in Aberdeen a day earlier on July 17.