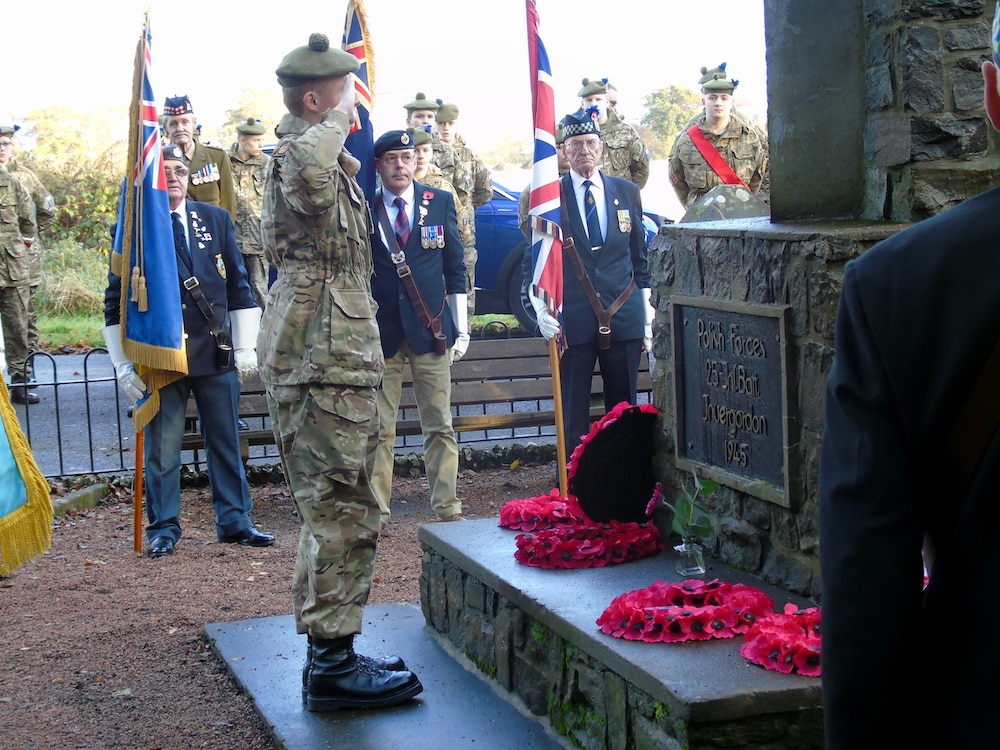 Around 30 cadets and adults from the Battalion’s Ross and Moray companies took part in the parade at Invergordon on 17 November.

The area around Invergordon was well-known as a training area for Polish airmen and soldiers during the Second World War. Alness had an RAF base, and Evanton and Fearn also had airfields, and the Army was involved in building Inchindown, which was used as an oil storage facility.

Ross and Moray Companies fall in.

The cadets marched to the monument under the command of Captain Bart Lucas, from Ardersier Detachment, who was the parade commander. Just behind where the monument is situated was the accommodation base where the Polish Forces personnel were once housed. This year’s parade was attended by members of the local community and dignitaries, including for the first time ever the Consul General of the Polish Consulate in Edinburgh, Ireneusz Truszkowski. Mr Truszkowski spoke to the cadets at the Invergordon Social Club following the parade.

The parade at the memorial.