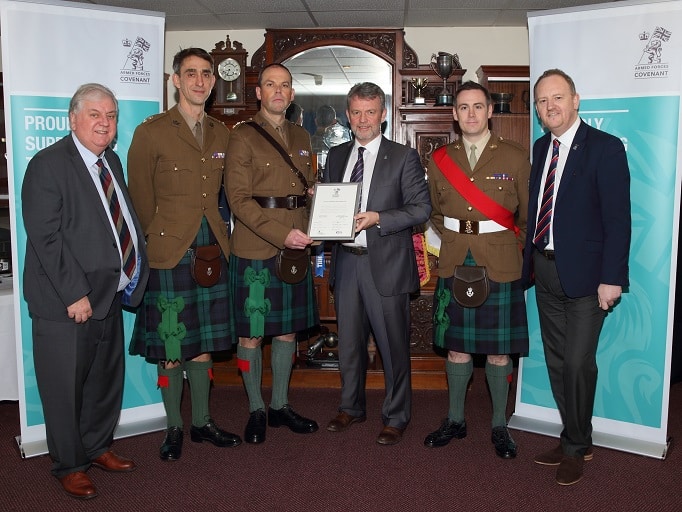 The signing took place at the club’s Caledonian Stadium on Saturday 23 November prior to a league match against Dundee FC – which Inverness won 1-0.

Club Chairman Ross Morrison signed the Covenant, with Captain Kevin Stacey of 7SCOTS co-signed on behalf of the Ministry of Defence (MOD). The signing was brought to a close by Bugle player, Sergeant Brian Taylor of the Royal Regiment of Scotland, who demonstrated his musical skills to the crowd.

The Covenant signing was organised by Highland Reserve Forces’ and Cadets’ Association and attended – along with the signatories – by the organisation’s Regional Employer Engagement Director Roy McLellan.

Roy said: “We are grateful to Inverness Caledonian Thistle Football Club for demonstrating its support to the Armed Forces community and look forward to working in partnership with them.”

For more information on the Armed Forces Covenant and the Defence Employer Recognition Scheme contact Roy McLellan on 01382 631022 or email hi-reed2@rfca.mod.uk.