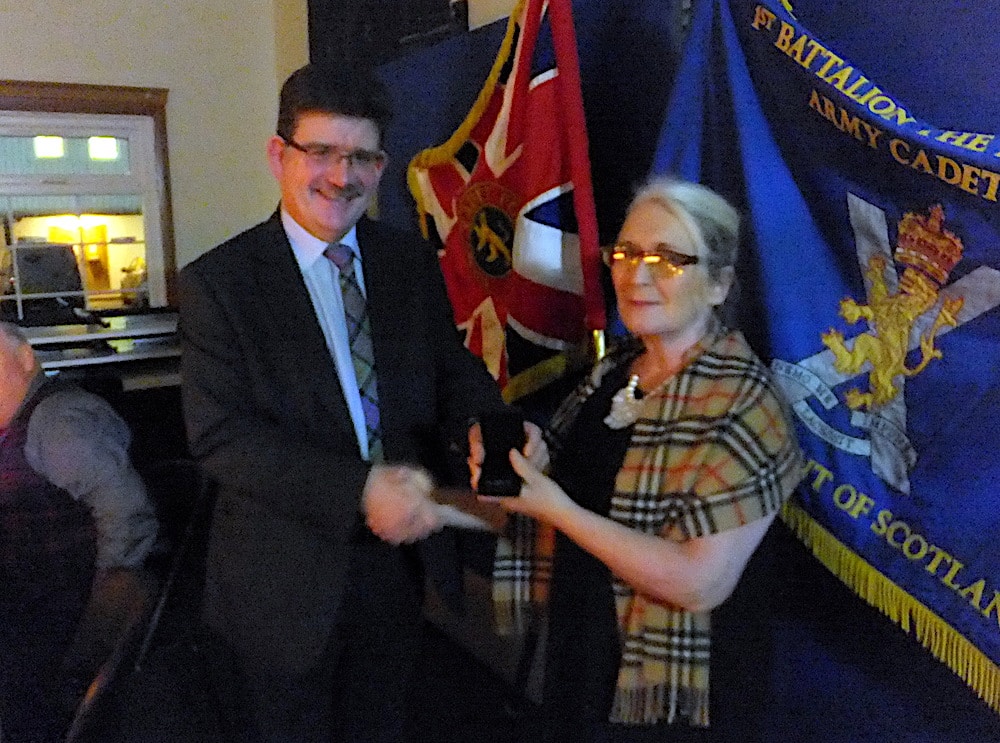 An Army Cadet Force volunteer from 1st Battalion the Highlanders has been recognised for her long service to the young people of the Highlands.

Lieutenant Catherine Way (59), who is the Battalion’s assistant First Aid Officer, was awarded the 1st Clasp to the Cadet Force Medal, marking 18 years of service to the Cadets.

Catherine joined the Battalion in 2001 with Ross Company, initially teaching various parts of the Cadet Syllabus.

She has been an integral part of the Battalion’s First Aid Training Team for several years, running various courses at company weekends and Annual Camp in the summer, ensuring that adults as well as the cadets are First Aid trained – from the British Heart Foundation Heartstart Course for Cadets, through to the First Aid at Work qualification for CFAVs.

Catherine was presented with her clasp by the Battalion’s new Commandant Colonel Mike MacDonald, during a Burns Supper held at the Battalion’s Adult Training Weekend in Dingwall.