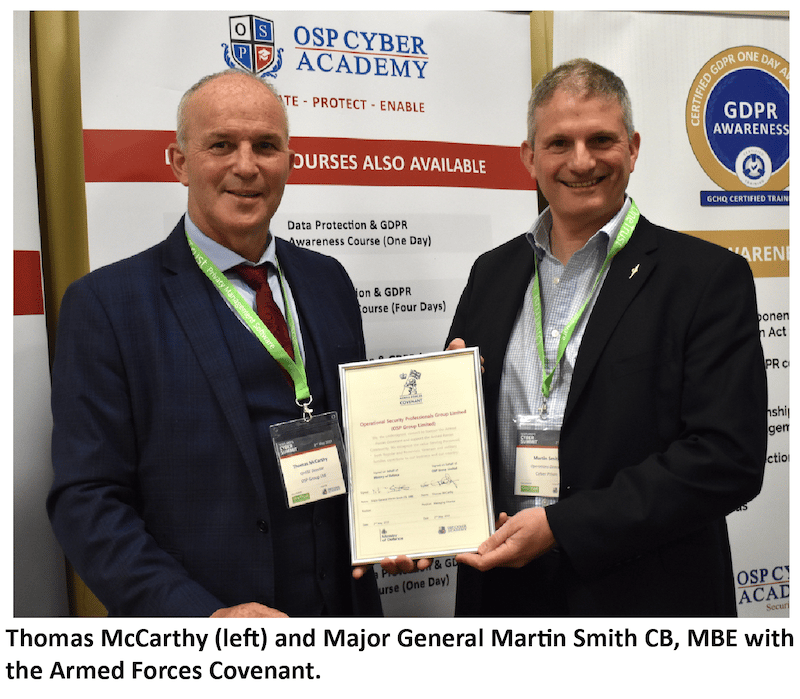 In doing so it has demonstrated its commitment to support the UK’s servicemen and women wherever and however it can, ensuring no member of the Armed Forces should suffer a disadvantage because of their service.

OSP joins more than 3,000 UK organisations to have now signed the Covenant.

Group Managing Director Thomas McCarthy signed the document during Scotland’s Cyber Summit held in Aberdeen on 2 May. The document was co-signed on behalf of the Ministry of Defence (MOD) by Major General Martin Smith CB, MBE.

Aberdeen-based OSP’s commitment to honouring the Covenant includes pledges to:

The Covenant signing was organised by Highland Reserve Forces’ and Cadets’ Association and attended – along with the signatories – by the organisation’s Head of Engagement Michelle McKearnon.

Michelle said: “We are delighted that OSP Cyber Academy has formally pledged its commitment to the Armed Forces community. Their support is hugely appreciated and we look forward to working with them.”