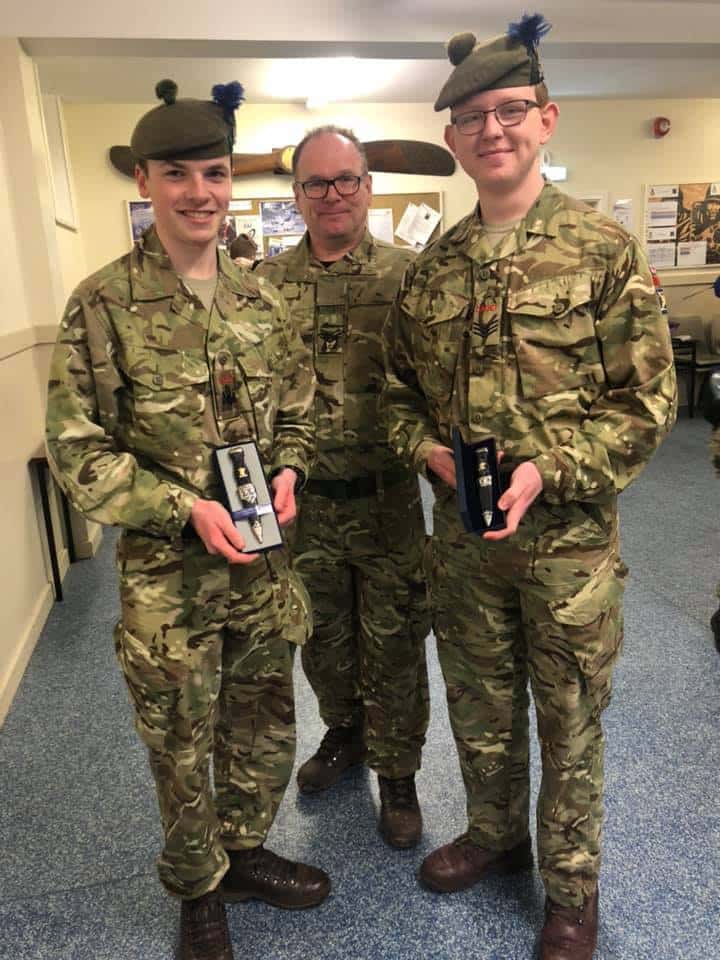 1st Battalion the Highlanders’ Caithness Company recently said farewell to a pair of cadets who have reached the upper age limit of the organisation.

Cadet Regimental Sergeant Major Tristan Jack (17), from Farr Detachment, and Cadet Sergeant Kieran Sutherland-West (17), from Castletown Detachment, received sgian-dubhs prior to them leaving on their 18th birthdays in recognition of their commitment to the ACF.

Tristan and Kieran have both enjoyed significant achievements during their time with the Battalion. Both were part of the Top Army Cadet Force winning team in last year’s Scottish Cadet Military Skills Competition held near Dundee, and both have taken part in Battlefield Tours.

As well as being appointed as the most senior cadet of the Battalion, RSM Jack has also had the privilege of taking part in international exchanges. In 2018 he was part of the ACF’s annual Canadian exchange Exercise Oak Leaf, where he spent six weeks living in Canada training alongside his counterparts in the Royal Canadian Army Cadets.

Both Tristan (pictured left) and Kieran were presented with their sgian-dubhs by Company Training Officer Sergeant Instructor Brian Dods during Company Training Day at the Thurso Cadet Centre.