You are here: Home > Public News > Wee Tea raises a cuppa to the Army Reserve
◄Back to News

Wee Tea raises a cuppa to the Army Reserve 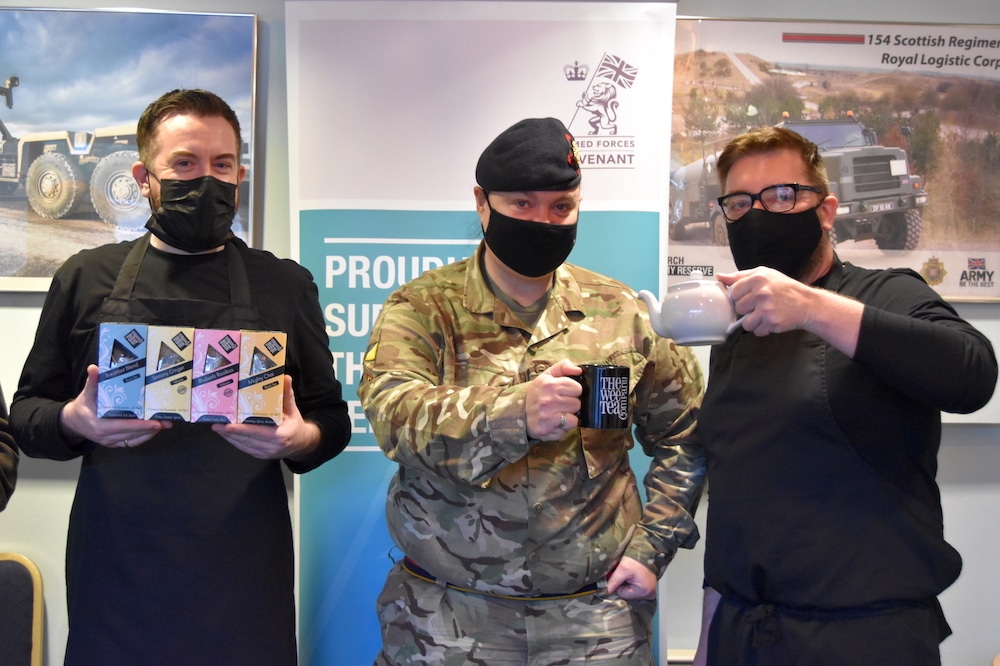 Lieutenant Colonel Sarah Johnson was presented with a selection of teas at 154 Regiment’s HQ from Wee Tea’s Martin Rae and Derek Walker.

The Wee Tea Company recently signed the Armed Forces Covenant, a promise from the nation that those who serve or have served in the Armed Forces, and their families, are treated fairly.

Martin and Derek are keen to honour that promise and decided to make Sarah’s day with a surprise visit. She chose the Rhubarb Rooibos Tea, recently voted No 1 at the Scottish Retail Food and Drink Awards 2021 in the Tea and Tisanes (herbal teas) category.

Sarah declared it “delicious” and said she was very much looking forward to sampling the other teas that had been brought along.

Wee Tea Director Derek Walker said the company was proud to be an Armed Forces Friendly employer and would be keen to employ Veterans and Reservists as the company expands.

For more info on the Armed Forces Covenant, click HERE.